Few plants are as visually striking to me in spring as woodland phlox with its showy lavender color, blooming mid to late April in Kansas. Woodland phlox (Phlox divaricata) is a woodland understory species with a vast native range that covers much of the Eastern U.S. (including the eastern third of Kansas) and Canada.

A Book About Phlox

Jim Locklear, a former director for Dyck Arboretum of the Plains, published in 2011 the book Phlox: A Natural History and Gardener’s Guide. In his description of woodland phlox (he calls it timber phlox), Jim highlights just how perfect this species is found to be: “It speaks volumes that horticulturists in eighteenth-century Europe just left timber phlox alone. While they started refining the other phloxes coming in from the American colonies as soon as they got their hands on them–making selections and breeding new hybrids–they found little reason to fiddle with timber phlox. What could be done to improve upon the earthy, cerulean mood it brought to the springtime garden? Today, timber phlox is an essential element of the shade and woodland garden on both sides of the Atlantic, valued for the bluish hues of its fragrant flowers and its early season of bloom.”

Growing woodland wildflowers in historically prairie-adapted Kansas can be a struggle. Even under the shade of city shade trees, the hot, windy summer conditions here still make it challenging to replicate a moist, cool woodland understory environment where these plants thrive. But among the spring woodland wildflowers I’ve inserted into the shady areas of my home landscape, woodland phlox seems to be one of the easier species to establish. It is even spreading specifically in the locations where I have planted it.

Missouri Botanical Garden (MOBOT) provides the following for the best conditions in which to grow woodland phlox: “Best grown in humusy, medium moisture, well-drained soil in part shade to full shade. Prefers rich, moist, organic soils. Appreciates a light summer mulch which helps retain moisture and keep roots cool.” As with any new planting, be sure to give it regular water as needed for the first year, and since it is a woodland species, supplemental water after that during hot summer droughts.

MOBOT further describes that the genus name is derived from the Greek word phlox meaning flame in reference to the intense flower colors of some varieties. The species epithet divaricata means spreading. Woodland phlox attracts butterflies and hummingbirds.

Conveniently, woodland phlox is showing off its flare along the path to our Dyck Arboretum greenhouse to the delight of the throngs of people visiting during our spring FloraKansas Plant Festival happening this weekend. Consider adding woodland phlox to a shady location in your landscape and enjoy its “earthy, cerulean mood” for many springtimes to come.

There is always that area in your landscape that is shaded.  These areas can be frustrating, because they don’t grow turf well leaving the soil bare.  Here are a few good shade plants to spruce up that dark corner of your garden. 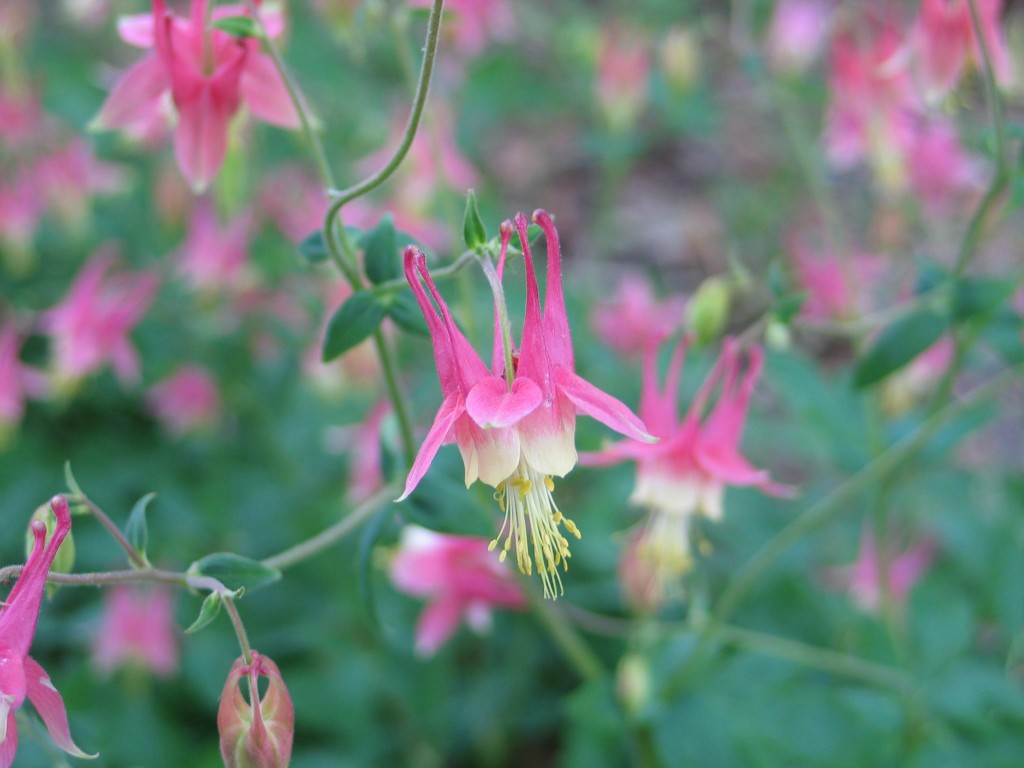 Delicate but tough wildflower for the shade garden.  Flowers are red with yellow that bloom in April and May.  Plants ultimately reach 12-24 inches tall in part-shade to shade.  They are quite adaptable, but prefer an average to moist soil. 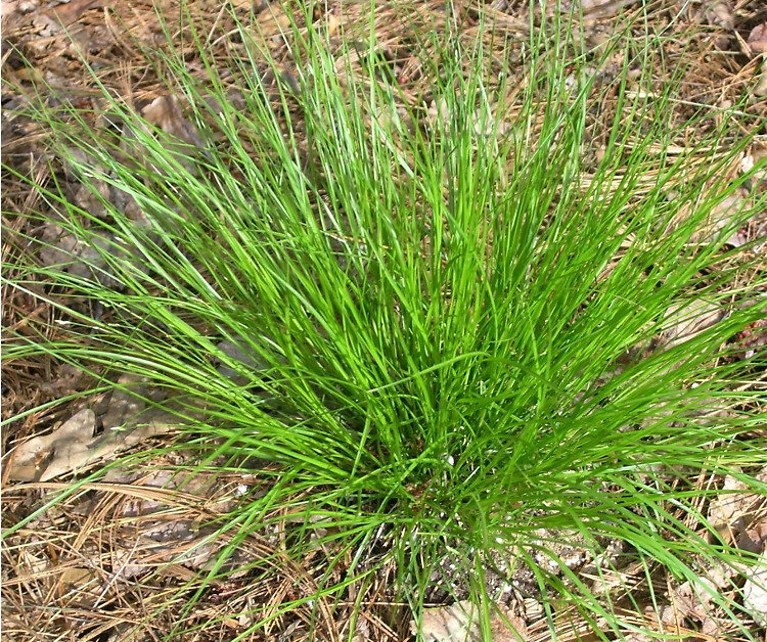 This sedge looks like it came straight from the 80’s big hair days.  The punked out spikes reach 12 to 18 inches straight up in any shade garden. This lovely sedge is native to dry woods.  Its fine texture and fountaining habit make it a lovely groundcover in dry shady sites, even in the root zone of trees. 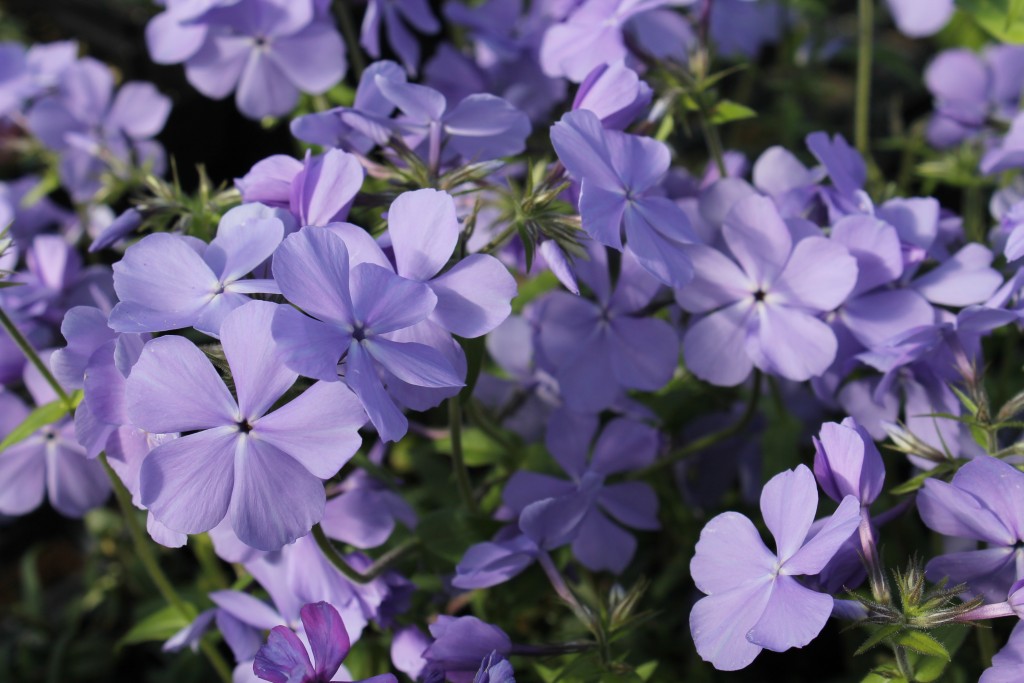 This native phlox is a favorite spring wildflower.  It can be found along streams and in open woods.  The 12 inch clumps are covered with delicate 1.5 inch lavender flowers in May.  Quick to fill in areas when happy, it requires little or no maintenance. 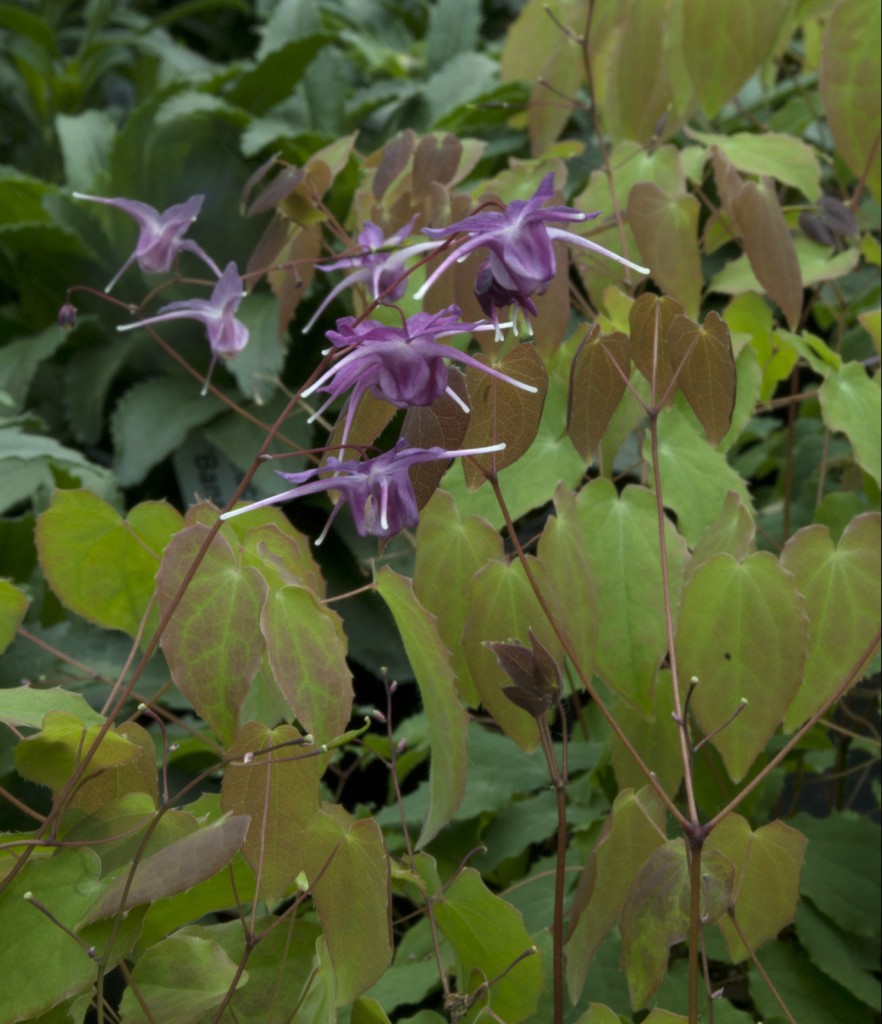 This dwarf Epimedium grandiflorum is one tough cookie in the landscape.  In mid-spring, the new ear-shaped foliage emerges with a dramatic bronzy-lavender color.  The delicate violet flowers dance above the heart-shaped foliage. 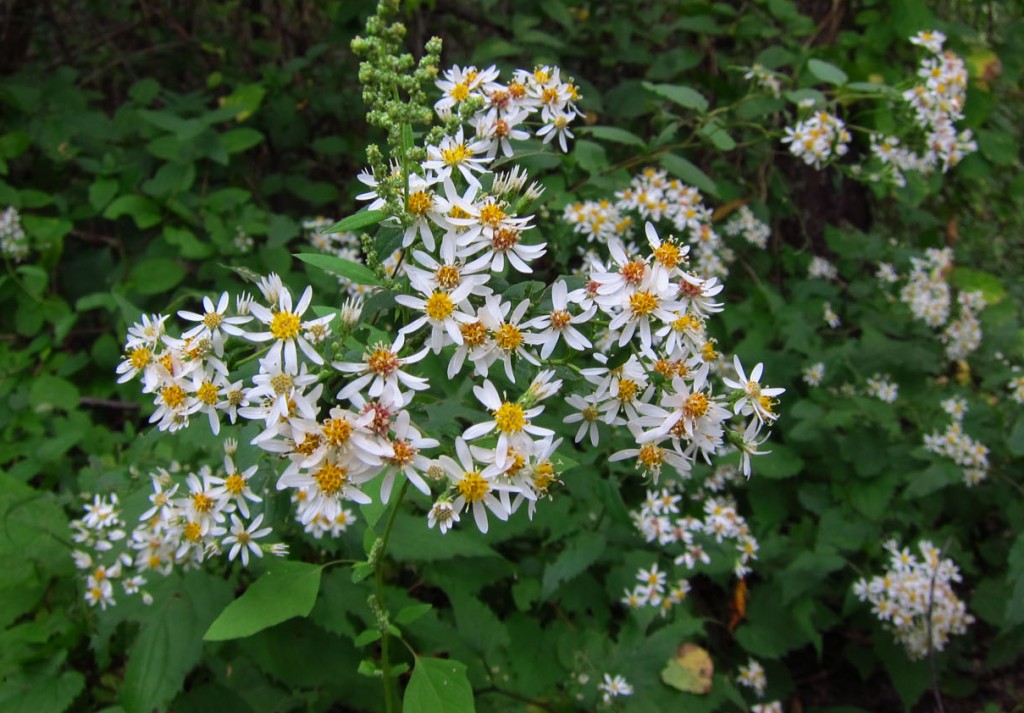 This nice selection for the woodland border has pure clean white flowers atop the mahogany stems.  It blooms in September and October, adding splashes of color to your shade garden later in the season.  It prefers part-shade to shade in an average to moist soil.  It is a weaver that slowly fills open areas, but it is not aggressive.