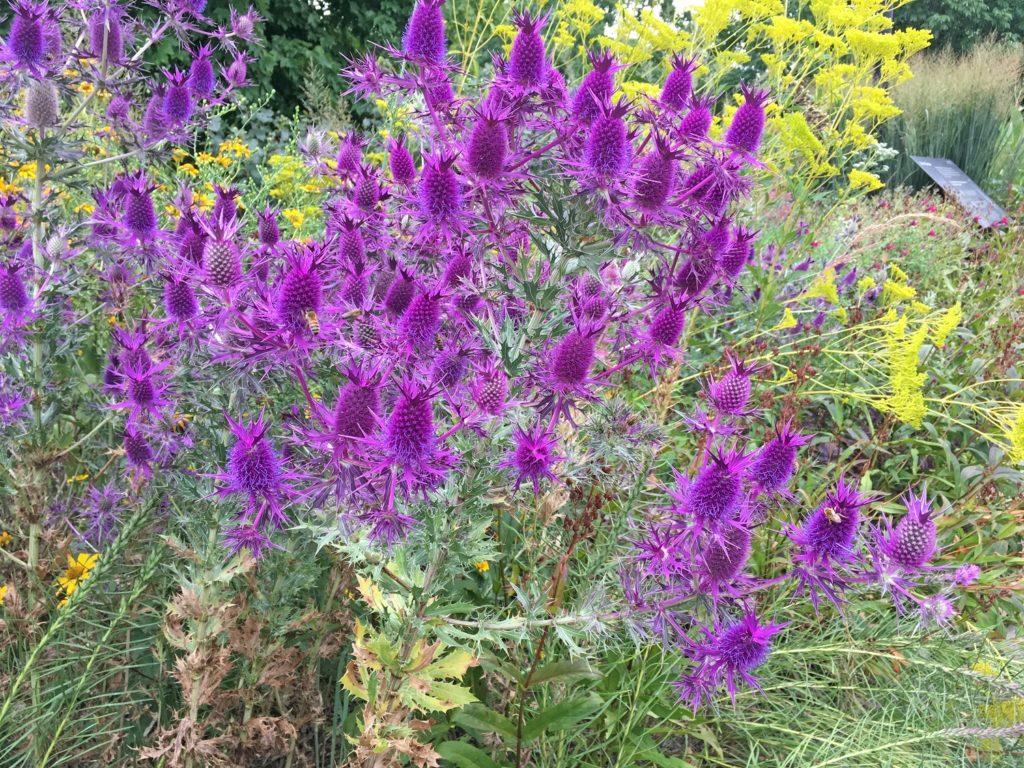 During the last week, the stunningly-brilliant display of blooming Leavenworth eryngo (Eryngium leavenworthii) near the Dyck Arboretum Visitor Center has been extremely eye-catching. Given the number of attracted pollinators, I have to wonder if Leavenworth eryngo doesn’t look to them like a neon lights spectacle similar to what we might observe at the night time Las Vegas Strip.

On two plants of blooming Leavenworth eryngo (also appropriately called purple pineapple), I have seen butterflies (18 painted ladies at once!), moths, bees, bumblebees, flies, crab spiders, soldier bugs, ants, grasshoppers, and a variety of beetles. The color and nectar combination of this plant must be simply irresistible to pollinators. The following video gives a glimpse of the immense activity happening right now.

Eryngium leavenworthii grows most abundantly in the southeast quarter of Kansas and can be found in dry, rocky prairies, open woodlands, and waste areas on limestone or chalk soils. I’ve collected seed in the Flint Hills only 30 miles from Hesston. 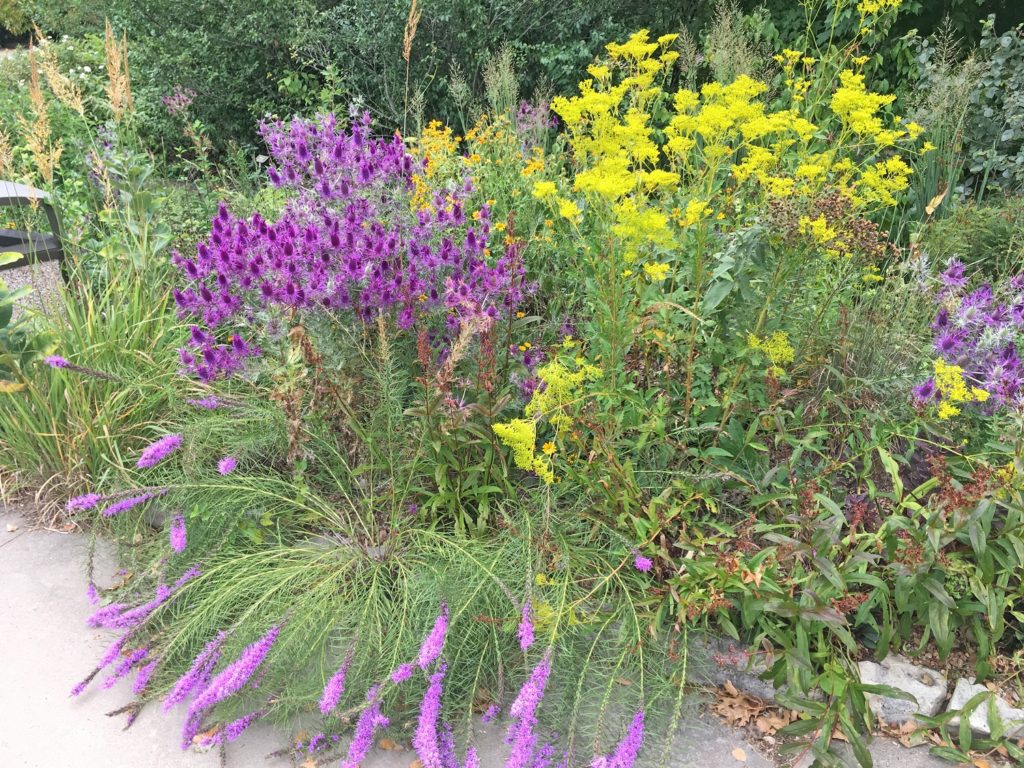 Leavenworth eryngo is an annual in its life cycle. It is programmed to put most of its energy into flowering and producing seed, and is not held back by having to produce a root system to help it survive another year. Nobody here remembers how it got established in our display beds, but it can now be found growing in more places each year as the seeds are dispersed.

While it resembles, a spiky thistle to some, it is in the parsley family. As Mike Haddock describes on his website Kansas Wildflowers and Grasses, Leavenworth eryngo was named for its discoverer, Melines Conklin Leavenworth (1796-1862), an explorer, army surgeon, and botanist. 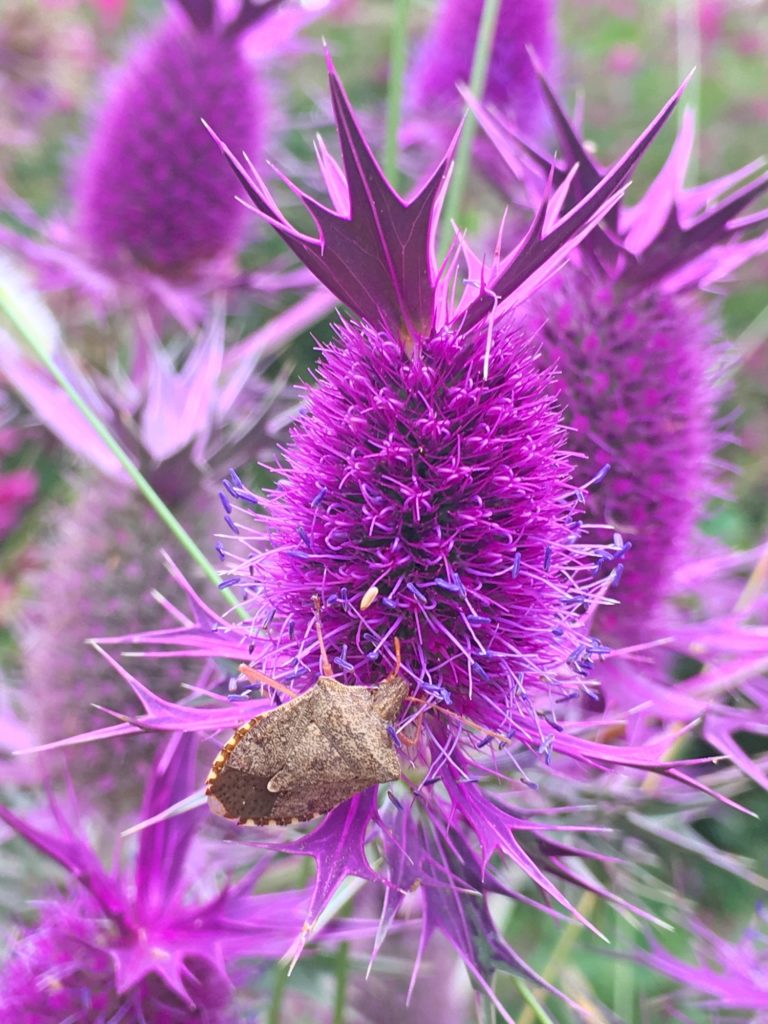 On the eve of our fall FloraKansas plant sale (September 8-10), we at Dyck Arboretum of the Plains are big promoters of perennial native plants that are adapted to our Kansas soils, climate, and pollinators. We sell natives that thrive alongside Leavenworth eryngo. However, as an annual, this plant is best established by distributing its seed in the fall/early winter. The cold/wet conditions of winter will prepare it for germination in the spring.

After this plant has become dried up and brown later this fall, we will collect seed and grow some for next year’s spring sale.  We believe that all our native plant enthusiast members would enjoy the aesthetic and ecological benefits of annual Leavenworth eryngo growing and spreading in their landscape.