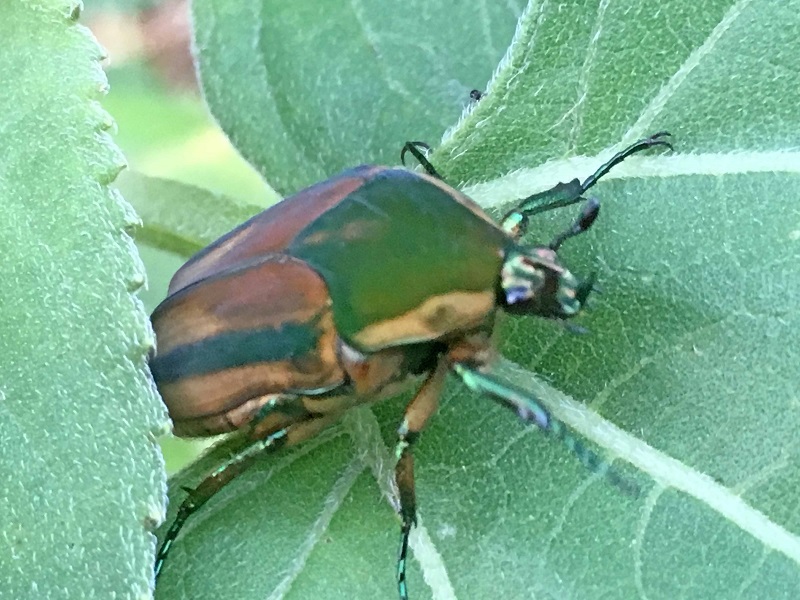 OK, “beetle barrage” may be a little over dramatic, since I’ve only witnessed a dozen or so of the startlingly large, shiny beetles in my yard. But by exhibiting a bumble bee flight pattern, buzzing sound, and a 3/4 to 1 inch long metallic-looking velvety green and brown body, they certainly caught my attention in a big way. I’ve never seen or noticed this beetle before, later identified as a green June beetle (Cotinus nitida) that is categorized in the Scarabaeidae or scarab family . For about ten days or so in late July, a small population hung around my home prairie garden in Newton on taller plants of annual sunflower and common milkweed (no apparent eating, mostly chillin’). 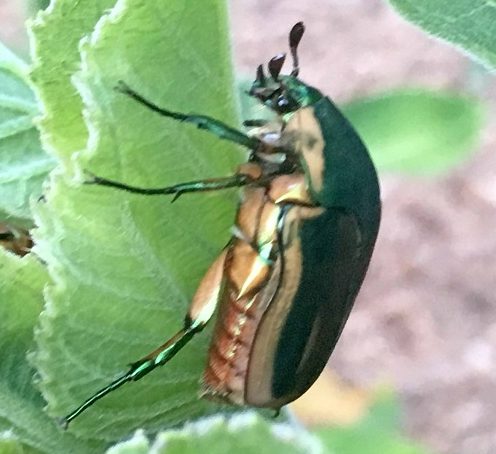 Their presence was a bit unnerving at first because I wondered if they were an invasive, non-native species. Mostly they reminded me of the smaller Japanese beetle, a serious pest of more than 200 food and landscaping plants throughout the Eastern United States that has exploded on the scene in recent years in the Western U.S. as well.

My temporary beetle anxiety was based on the fact that non-native species are a big problem in this country. Their exploding populations without natural controls/competition have displaced native biological diversity. In addition, the U.S. has spent hundreds of billions of dollars annually trying to fight the spread of these invasive species.

Some examples of animal and plant species wreaking havoc with ecosystems around the country include the following: 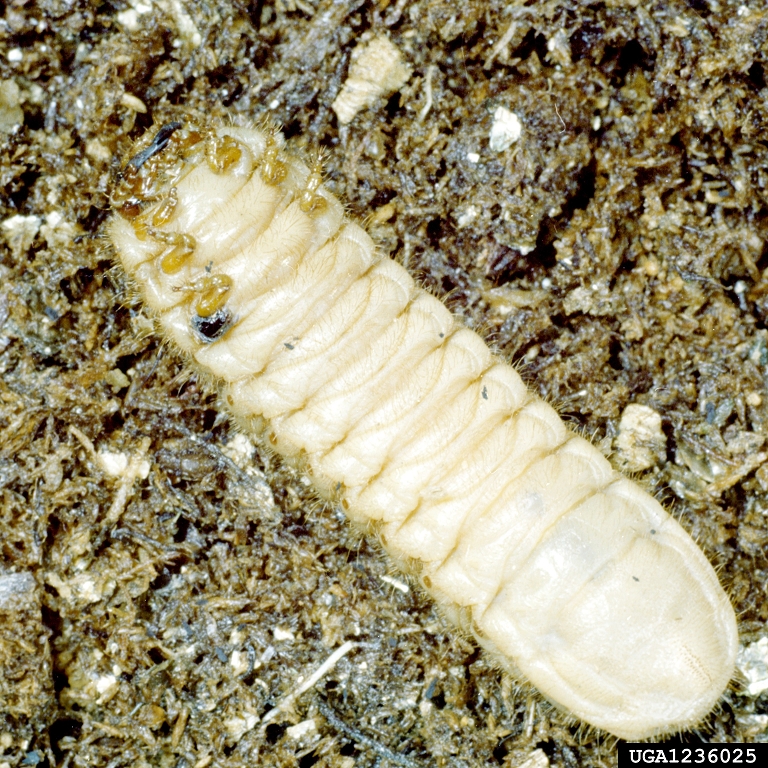 But I was glad to learn that green June beetles are not an invasive problem. Their larval grub form grows to about 1.5″ and is distinctive for crawling on its back using stiff body hairs. The larval grub form of this beetle can be considered a pest when causing damage to the roots of turf grass, and the adults are attracted to rotting fruit. It is found throughout the Eastern United States. Nowhere did I find, however, that this species is a significant problem pest. 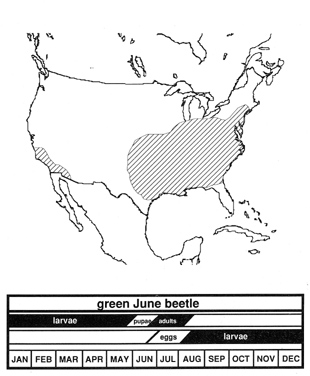 The whole experience of learning about this new (to me) insect bolstered my fascination with beetles. One of my favorite classes in graduate school was Introduction to Entomology. My professor for that class, Dr. Dan Young, was a beetle specialist, and he continuously touted the many interesting and important elements of this insect group. Beetles make up the largest insect order, Coleoptera, made up of about 400,000 species, and constitute almost 40% of described insects and 25% of all known animal life-forms; new species are discovered frequently. Beetles interact with their ecosystems in several ways. They often feed on plants and fungi, break down animal and plant debris, and eat other insects.

Photo by Margarethe Brummermann – Arizona, showing Arizona beetle diversity. The specimen two down and two over from the top left corner is a figeater beetle (Cotinis mutabilis), a close relative of the green June beetle.

The September Kansas State Fair is nearly upon us once again and one of my favorite features there is the 4-H building housing all the extensive, diverse, and beautifully displayed insect collections. Now I’ll have one more familiar species to spot in the green June beetle.