An important disturbance mechanism for prairie ecosystem health, a restoration ritual that connects a Kansan to its native landscape, and a series of sights, sounds and smells that both comforts and stirs heightened senses – prairie burning in the spring represents all these things to me. 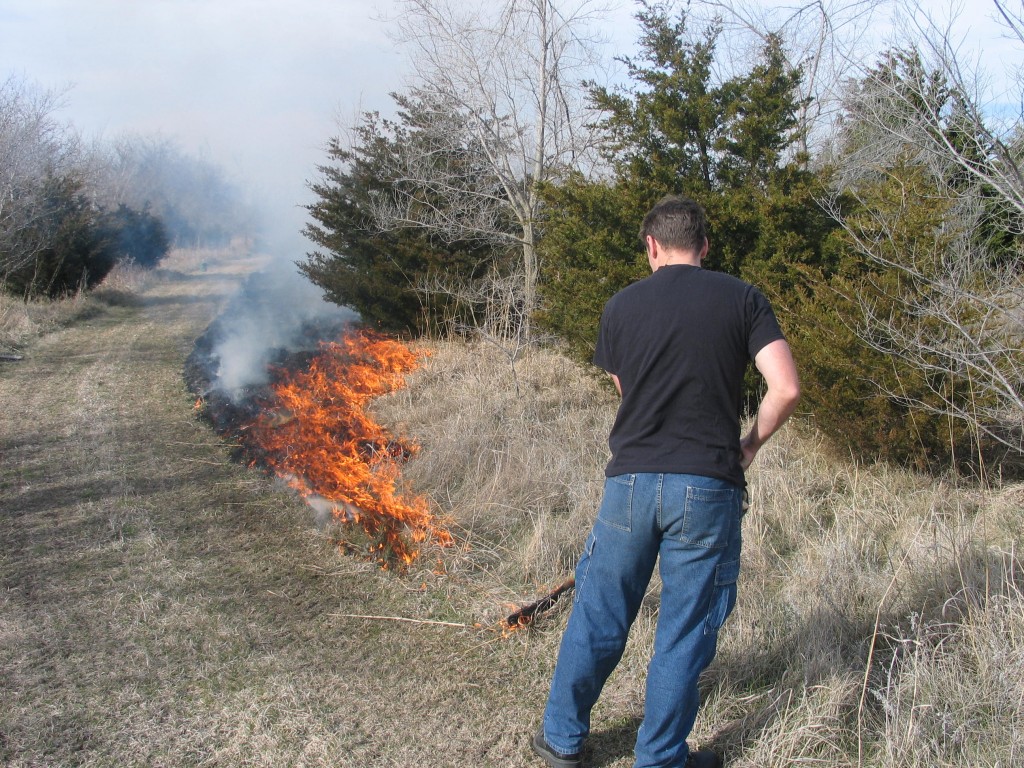 Ever since participating in my first prairie burns during graduate school in Wisconsin, where I was trained to safely conduct prescribed burns, I have held a great reverence and respect for this process of igniting the prairie. Prairies and a whole array of plants and animals became adapted to semi-regular lightning-set fires on the Central North American Plains since the last ice age approximately 10,000 years ago.

In the last couple of thousand years, humans have also been important vectors for bringing fire to the prairie and helping determine its geographic extent on the landscape. Native Americans used fire to clear safe zones for lodging, attract or direct wildlife for food, and celebrate cultural rituals. Their actions helped extend prairie further east into areas that have since reverted back to oak-hickory forests, as the Native American presence and their fire rituals were extinguished. European ranchers on the Plains hold a similar respect for fire and use it to help fatten cattle and control invading woody plants that would eventually shade out prairie grasses. 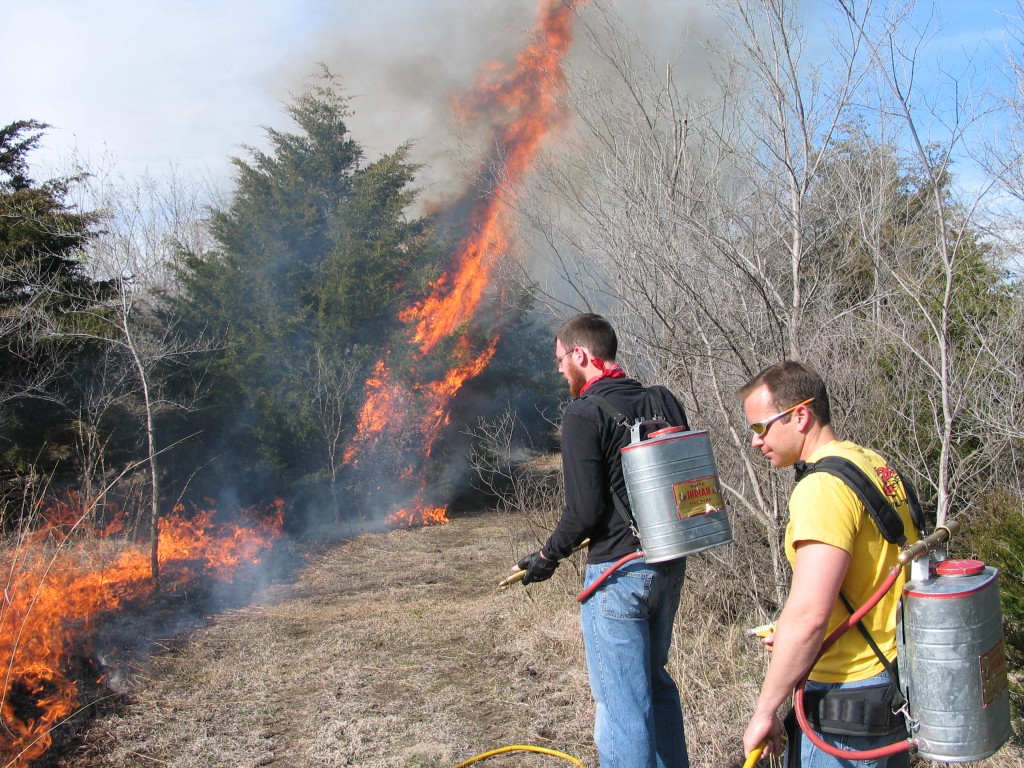 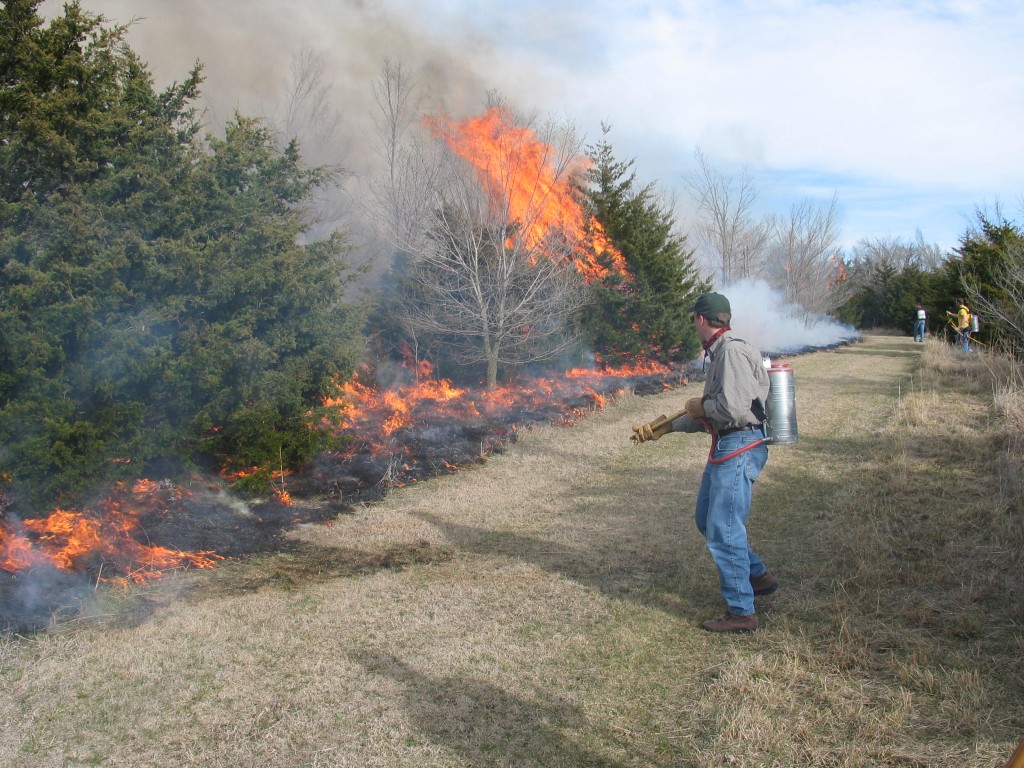 Prairie fires in Kansas have been met with resistance. Increased human habitation and careless use of fire in untamed wild places puts residences more at risk and created an understandable fear of fire. Air quality problems affecting human health, due mostly to automobiles, power generation and industry in major metropolitan areas like Kansas City and most recently Wichita, are certainly not helped by spring prairie burns. Wildlife managers can cite that annual prairie burns in the Flint Hills have become too frequent for the success of grassland birds, including greater prairie chickens that require some residual cover for adequate foraging and nesting success. 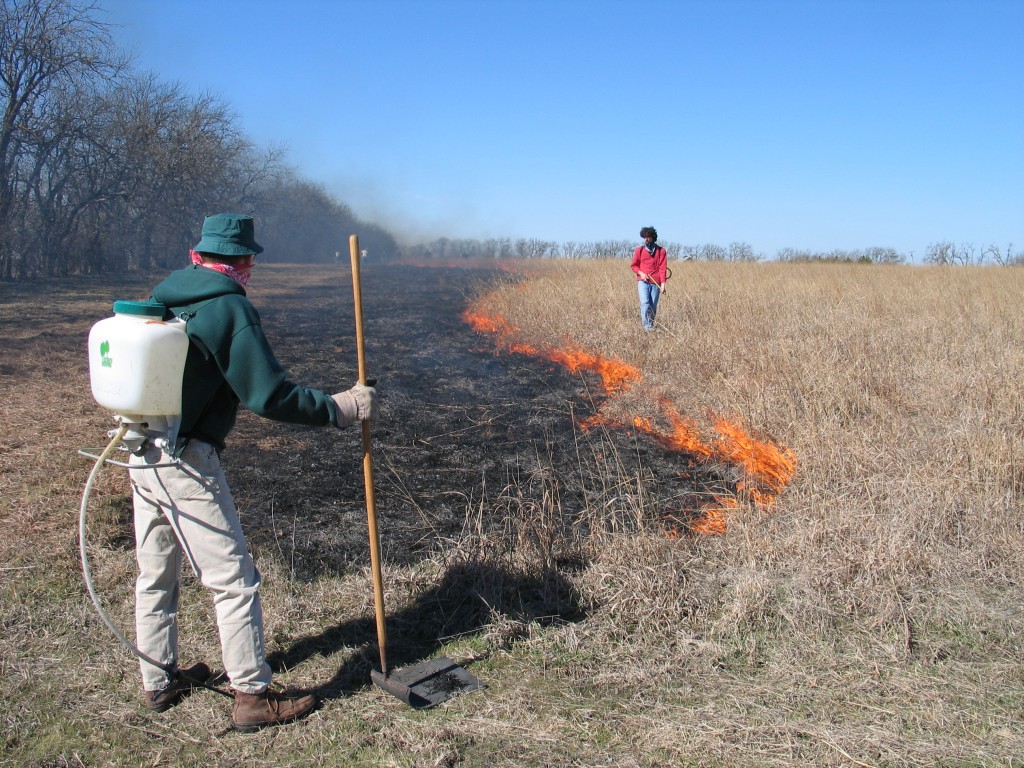 Kansas has a rich history intertwined with the prairie and Kansans embrace prairie as an important part of our cultural and natural history, our recreation through eco-tourism (state park use, hunting, fishing, birding, hiking, etc.) and our economy (ranching). Where prairie has been removed, it has left behind a legacy of some of the best agricultural soils in the world. While mowing does provide some of the benefits of fire, it does not provide all of them, and is more costly and time-consuming. We must find ways to utilize and implement prairie burning with greater safety, intelligence, and purpose. 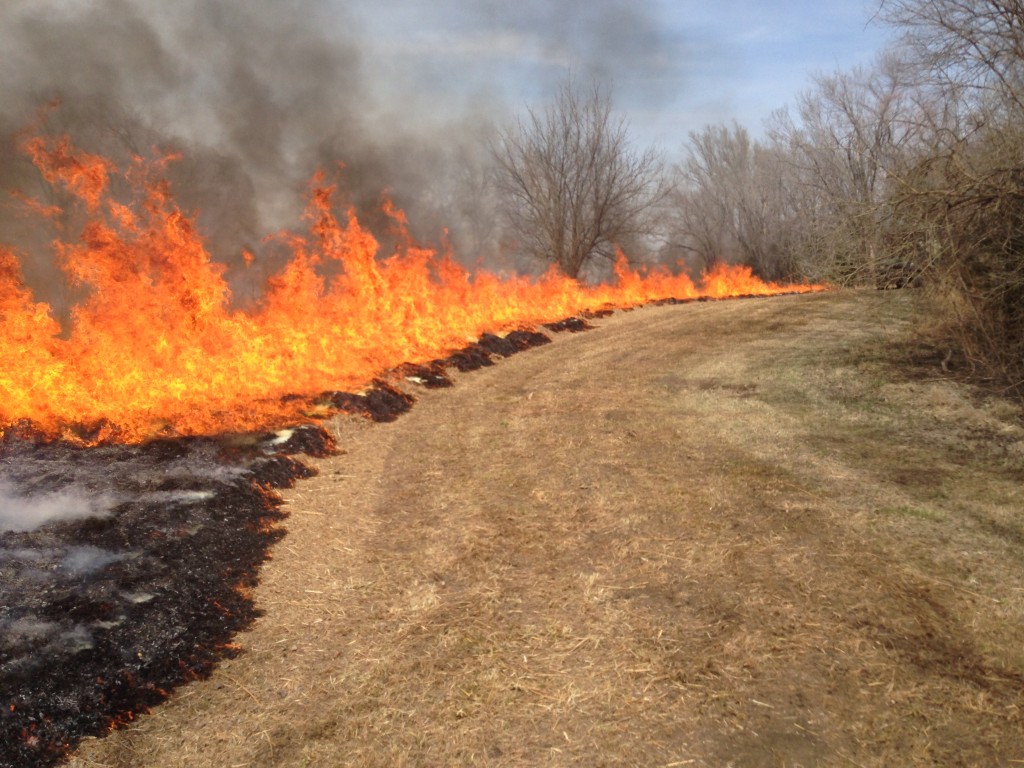