It is so common around this part of the country that we take it for granted, but the Osage Orange (Maclura pomifera) is a very special tree, valuable to both farmer and wildlife, and integral to the agricultural history of Kansas.

Osage Orange, of course, is the tough, thorny tree of Central Kansas hedgerows.  To many people, it’s also known as hedgeapple, or simply hedge.  It grows so well here, even escaping out into fields and wood lots, it seems that it must have been here before the pioneers arrived. 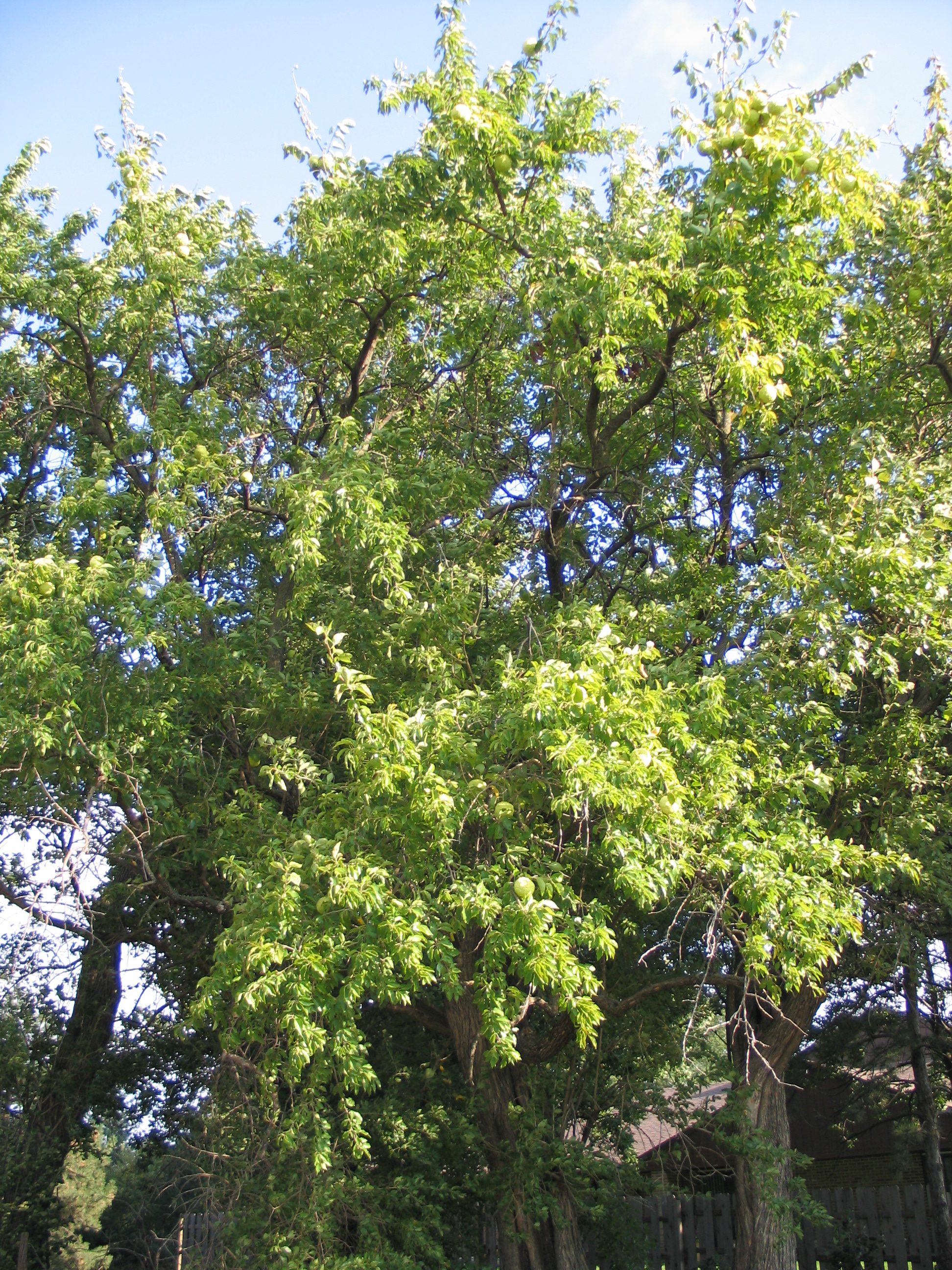 Actually, Osage Orange did not occur naturally in Kansas: its original range was limited to parts of Texas, Oklahoma, Arkansas and Louisiana until it was brought in for windbreaks and living fences in the 1880s.  At that time, many miles of hedge were constructed by planting thousands of young Osage Orange trees closely together in a line.  Many hedgerows still can be seen dividing fields and pastures today.

Once established, the thorny young trees were pruned to promote thick, bushy growth.  The term “Horse high, bull strong and hog tight”, used to describe the Osage Orange, simply means that the hedge rows were pruned so that they were tall enough that a horse would not jump it, stout enough that a bull would not push through it and woven so tightly that even a hog could not find its way through.  Hedge is tough! 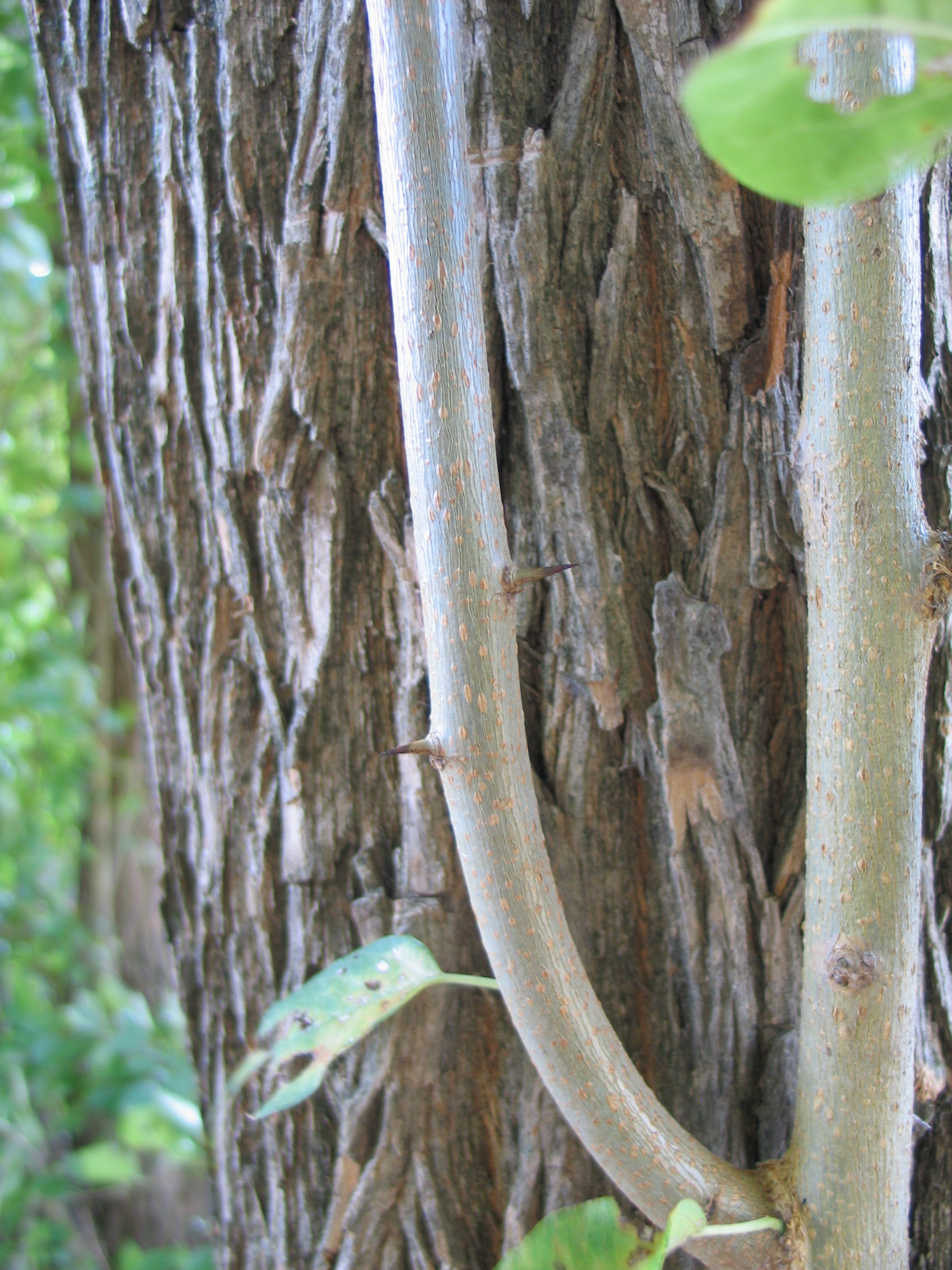 When barbed wire was invented, the hedge fences were torn down or left to grow on their own as shelterbelts, field borders and windbreaks.  Along with its attributes as a hedge, Osage Orange has long been valued for the strength and durability of its wood.  Ironically, barbed wire is usually tied to a hedge post to make pasture fences.

The Osage Indians, from which the tree’s name is derived, were noted for using the wood to make bows.  It is reported that Osage Orange bows were so highly regarded by Indian tribes to the north that they were willing to offer a horse and blanket in trade for one.

Anyone who has ever been around the trees in the fall is familiar with their “oranges” (or “apples”). These softball size fruit are produced on the “female” trees, while “male” trees have only pollen producing flowers and do not bear fruit. 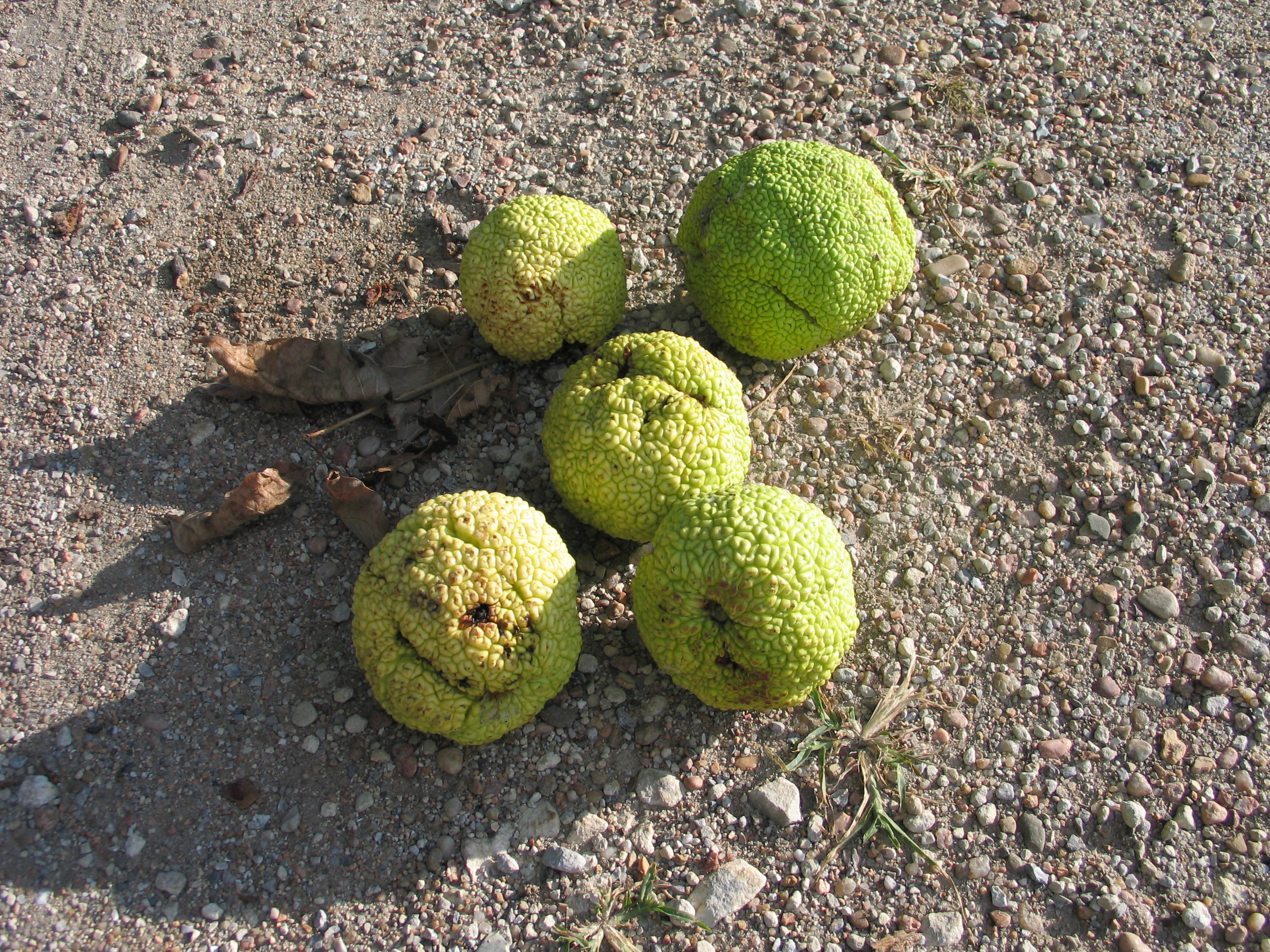 This common tree is often overlooked, but is a valuable and iconic component of our Kansas landscape. The resilient Osage Orange holds the soil well, and provides cover for wildlife and a windbreak against strong winds. Though it may not function as a fence for modern farmers, its presence here reminds us of the ingenuity and tenacity of our farming ancestors on the Great Plains.