“Hunting, warring, patrolling, tunneling, they do more in two months–the length of their adult lives–than periodical cicadas do in 17 years.” ~Tim Heffernan, The Atlantic

The insect world never ceases to amaze me. I had a new experience with insects in my yard a few evenings ago. A cicada making a ruckus landed on the ground right next to me in my garden. I quickly realized that it was in a tussle with a large wasp. I had heard about cicada killers before, and it didn’t take long to deduce that I was seeing my first one take down its prey. The cicada struggle didn’t last long as the sting and subsequent paralysis happened in seconds. The cicada killer shortly flew and when checking back later, I noticed that the cicada was gone too. 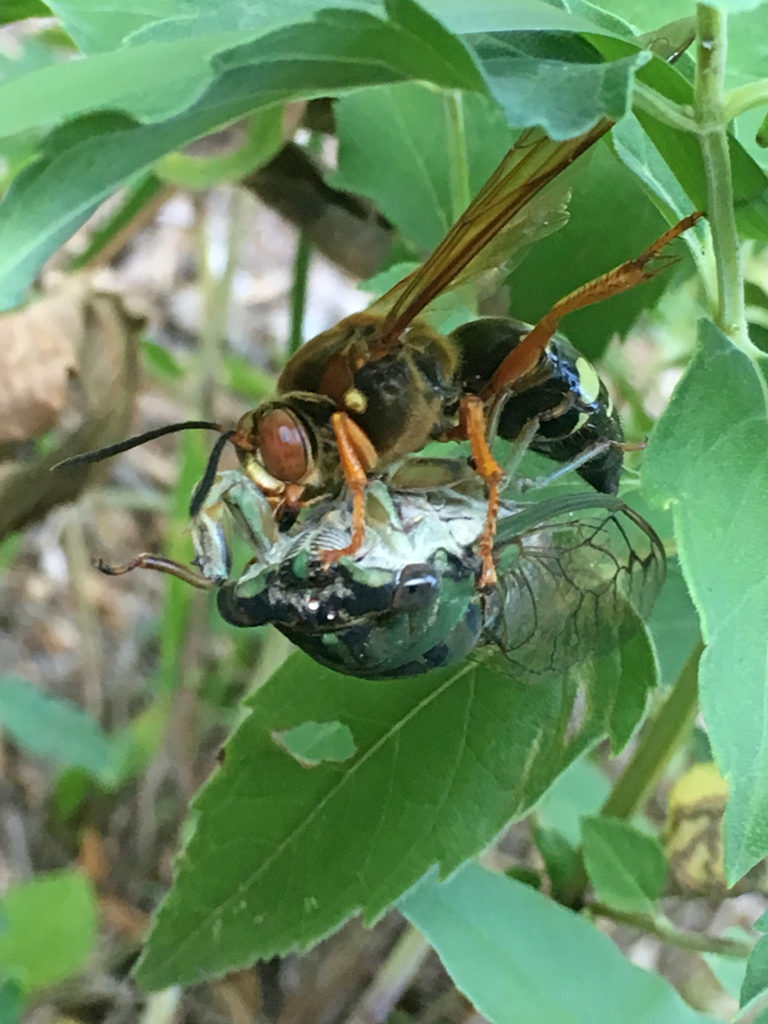 A cicada killer taking down a cicada.

A friend recently posted a great article about cicada killers. Do yourself a favor and read Tim Heffernan’s 2013 brief article on cicada killers in The Atlantic. This article explains the cicada killer’s interesting adult 2-month life, soil-burrowing nest habits, process for taking down cicadas, hatching of their larvae in a cicada’s live but paralyzed state, and the flies that can also parasitize the cicada killers themselves.

“With bodies up to two inches in length, huge jaws, and glossy black paint jobs streaked with yellow, they are unmistakable, and more than a little intimidating.” ~Tim Heffernan, The Atlantic

Cicada killers are fascinating insects, and you should add them to the list of insects around you that make you say “oooooh”, rather than “ewwwwww!” They may look ominous, but they really are harmless to people.

In addition to taking in the fascinating information in Tim Heffernan’s article, I want you to take away that this insect holds minimal danger for people. Their large size relative to other wasps is due to the fact that they need to wrestle a large cicada to their nest. The warning coloration is probably some form of mimicry that they have evolved to look fearsome like their yellow jacket and hornet relatives. My hope would be that folks could minimize the knee-jerk reaction of reaching for the can of wasp killer whenever they see any wasp, but especially a non-threatening cicada killer. Don’t fall into the societal stigma that causes many people to recoil when they see an insect, and especially a wasp.

The Hymenoptera Order of insects (wasps, bees, and ants) has long been maligned in our society. A quick search for “movies about killer insects” shows that we love to be terrified of insects.

I’d like to encourage a respectful and non-aggressive approach to all insects in general. So, to finish on a calming note, I’ll leave you with an image of a cuddly monarch butterfly caterpillar that I took right outside the Arboretum Visitor Center door this week munching away on common milkweed.

But be careful, it is filled with poisonous cardiac glycosides and if you were only 2 inches tall and you ate it, it could kill you. Aaaaaggghhh! 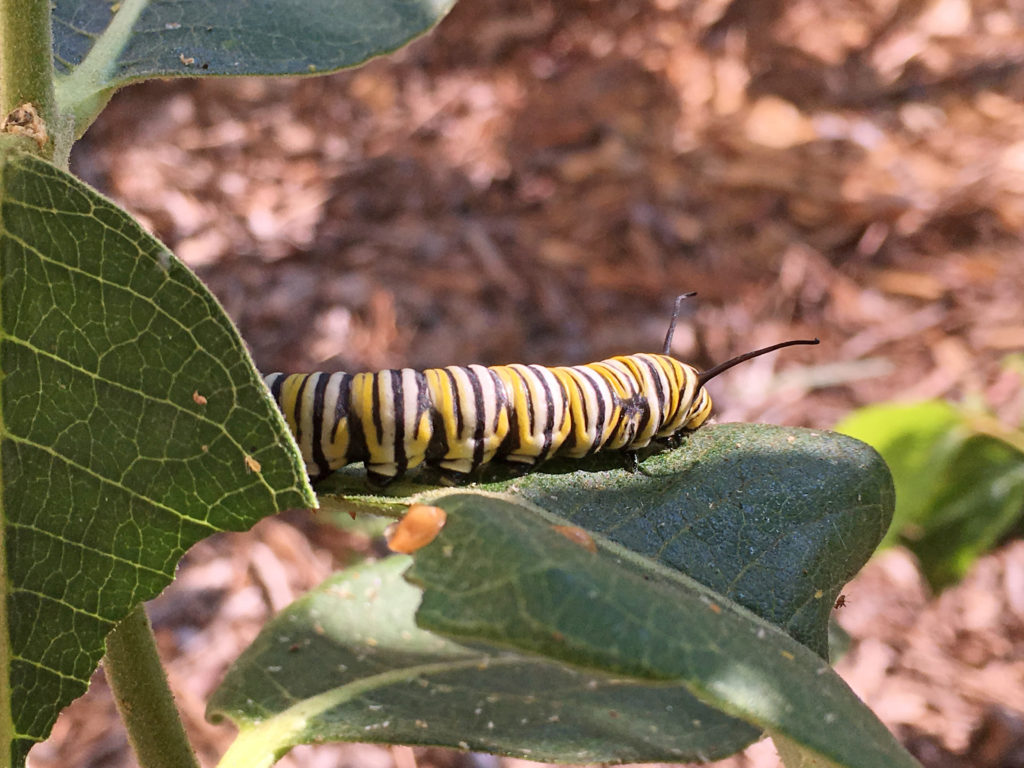