I have big brown bats in my house. Hooray! Well, that is what I said a couple of years ago in July of 2014 when I first discovered that bats had taken up residence in the bat house that had hung on the south side of my house for nearly a decade. For many of those years, this mammal motel only served as a roost for robins or mourning doves on which to build their nests. But the pile of small-mammal droppings (think mouse turds) or “guano” observed that summer on the driveway beneath prompted my brother and me to scale a ladder and investigate further. I’m happy to report that they have lived there ever since. 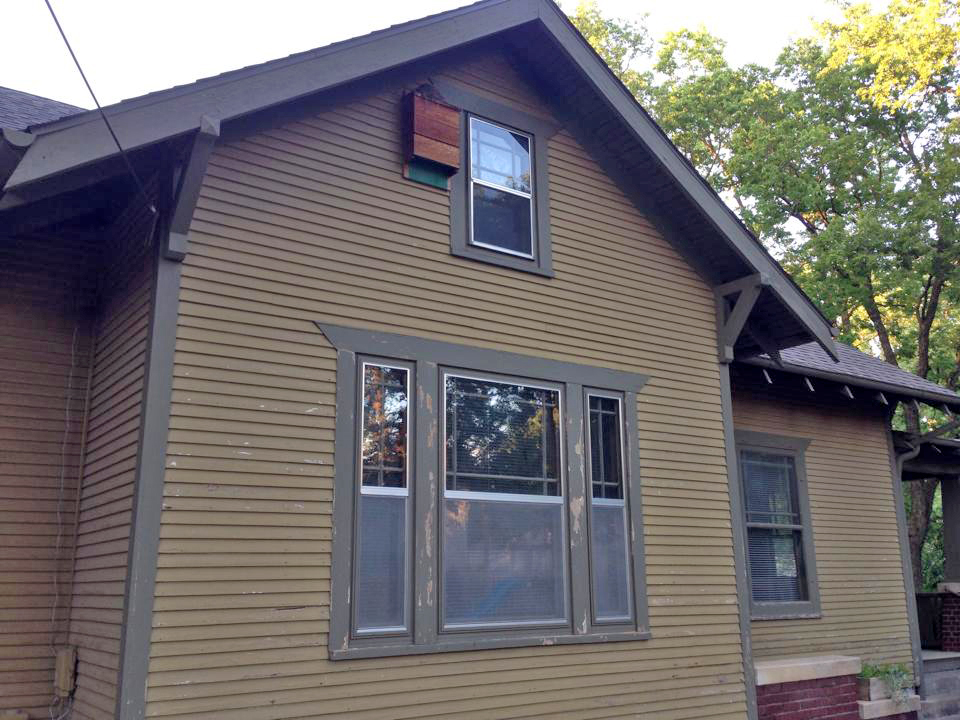 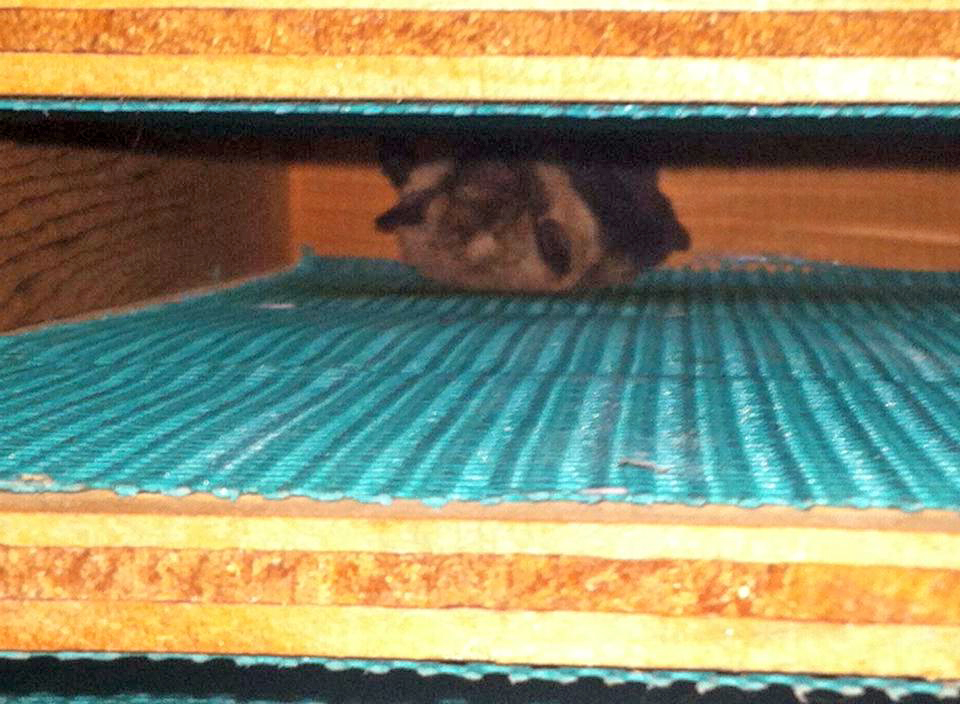 I think this species is the big brown bat (Eptesicus fuscus). This is only an educated guess based on the fact that Newton, KS is within its range, it is the most common bat species in Kansas, it is large in flight (fitting the descriptions I’ve read), and online photos of big brown bats resemble the crude photo I took above. 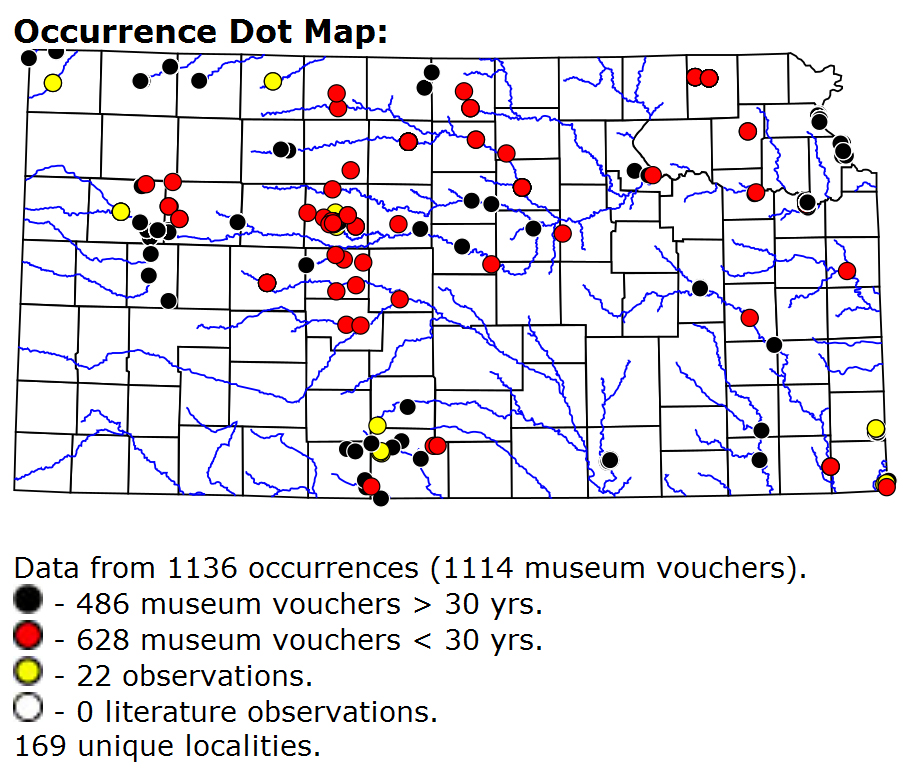 Historically in this prairie state, big brown bats would have only been found in areas where they could roost in Eastern Kansas forest trees, and further west in trees along major river corridors, under rock cliffs, and in caves. Today, even though no records are yet recorded in Harvey County according to the Kansas Mammal Atlas, they are widespread across the state thanks to human-made structures found throughout. I haven’t been able to see over the last couple of years if the bats in my house have produced the expected 1-2 pups per year that are born late May to mid-June, but I will watch more closely this year. In fact I’m thinking of mounting a trail camera (hint to hunting friends with this kind of technology) from a nearby eave so that I can see them exit or enter the house, which I’ve never been able to observe.

I see them flying around the yard on many evenings around dusk. On occasion, I also have seen at least four at a time feeding over Sand Creek, which is located one block from our house. They eat approximately a third of their weight in insects each night while in flight and prefer beetles (e.g., May beetles, June beetles, fireflies, etc.) and moths. They probably eat mosquitoes too, but would understandably prefer the larger, higher calorie insects when available. I’ve yet to analyze their guano under a dissecting scope to identify wing structures and try to determine the contents of their diet, like my geeky wildlife biologist friends would do, but don’t assume I won’t.

I know they have hibernated in my bat house for the last two years and the guano pile under their house usually starts to form sometime in March when they wake up and become active. Their loud, quite audible “squeaking” in the house can often be heard on cold mornings and evenings during that time. I wonder if that has anything to do with trying to stay warm, but really have no idea.

Thankfully (with tongue fully inserted in cheek), these bats have not fallen into any of the misconceptions I’ve heard about and 1) given anybody rabies, 2) gotten stuck in anybody’s hair, or 3) followed their vampire bat cousins and tried to suck anybody’s blood. As I try to expand the biological diversity in my home landscape, I am simply thrilled to have these little furry friends join the fold.

As far as bat house installation goes, the guidelines I remembered following were being at least 10 feet off the ground, mounting on a south-facing side of the house to get as much sunlight as possible (possibly under an eave in Kansas where mid summer temps are high), and being within a 1/4 mile of a stream or water body where optimal insect foraging can take place. Search the internet for “tips for hanging a bat house” and you will be able to sift through loads of recommendations to hang your own bat house.