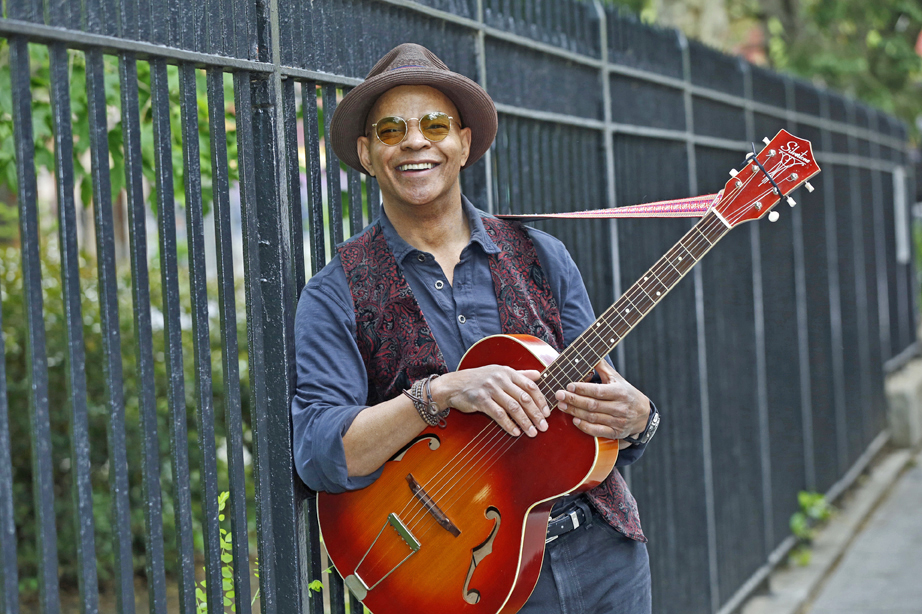 “Truth be told, there just aren’t many who can deliver Americana in as interesting and entertaining a manner – or give acoustic traditional blues such a contemporary sound – as Davis, and it sure is a lot of fun hearing him explore the different sides of the genre here on Kokomo Kidd.” ~ The Blues PowR Blog

Guy Davis has spent his musical life carrying his message of the blues around the world, from the Equator to the Arctic Circle, earning him the title “An Ambassador of the Blues”.  His work as an actor, author, and music teacher earmark him as a renaissance man of the blues.  What music and acting have in common, he explains, “is that I don’t like people to see the hard work and the sweat that goes into what I do. I want them to hear me and be uplifted.”

When Guy Davis plays the blues, he doesn’t want you to notice how much art is involved. “It takes work making a song that’s simple, and playful, and easy to do,” he says. “And I don’t want people to see that.  I want some little eight-­‐year-­‐old kid in the front row to have big eyes and say, ‘Hey, I want to do that!’.”