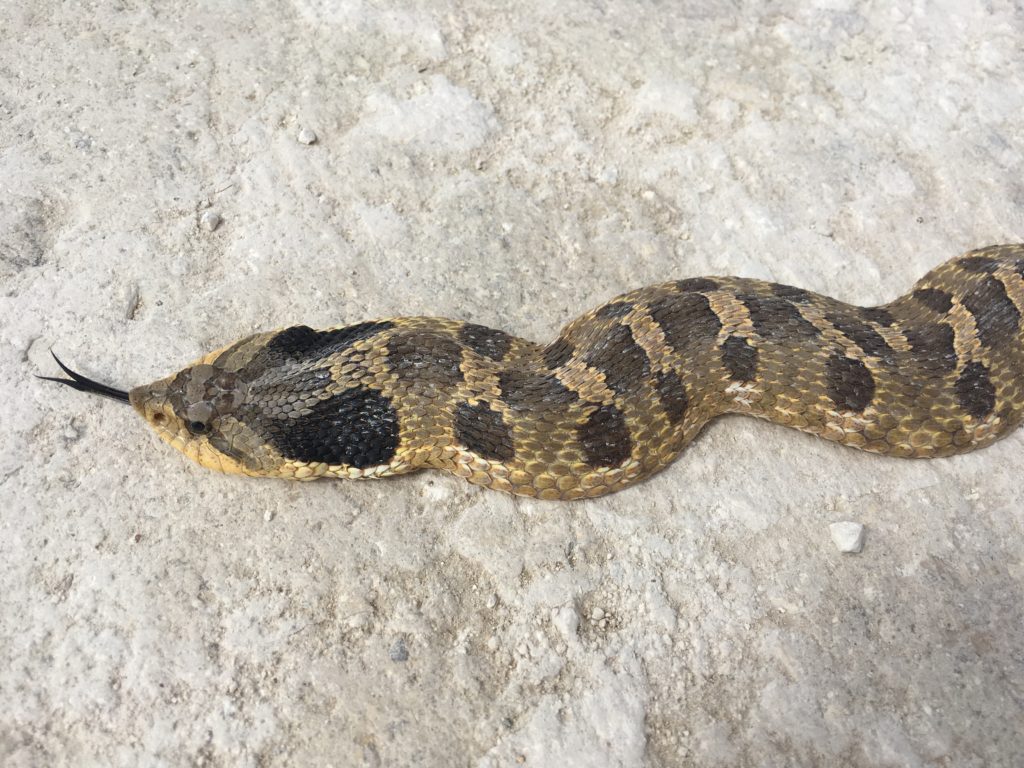 Snakes are fascinating creatures. Fort Hays State University’s Sternberg Museum of Natural History’s Zoologist Curtis Schmidt is a great advocate for this segment of reptiles. But they are largely misunderstood, and commonly feared due to a lack of education. There are roughly 100 species of snakes in Kansas, and Curtis will address a subset of the common and not so common species one could encounter in South Central Kansas. He’ll even talk about some of the venomous species and snakebites. Prepare to gain a greater appreciation for this much maligned yet important part of our state’s wildlife population. Live specimens may be present! (Photo: Eastern Hog-nosed Snake, Curtis Schmidt)